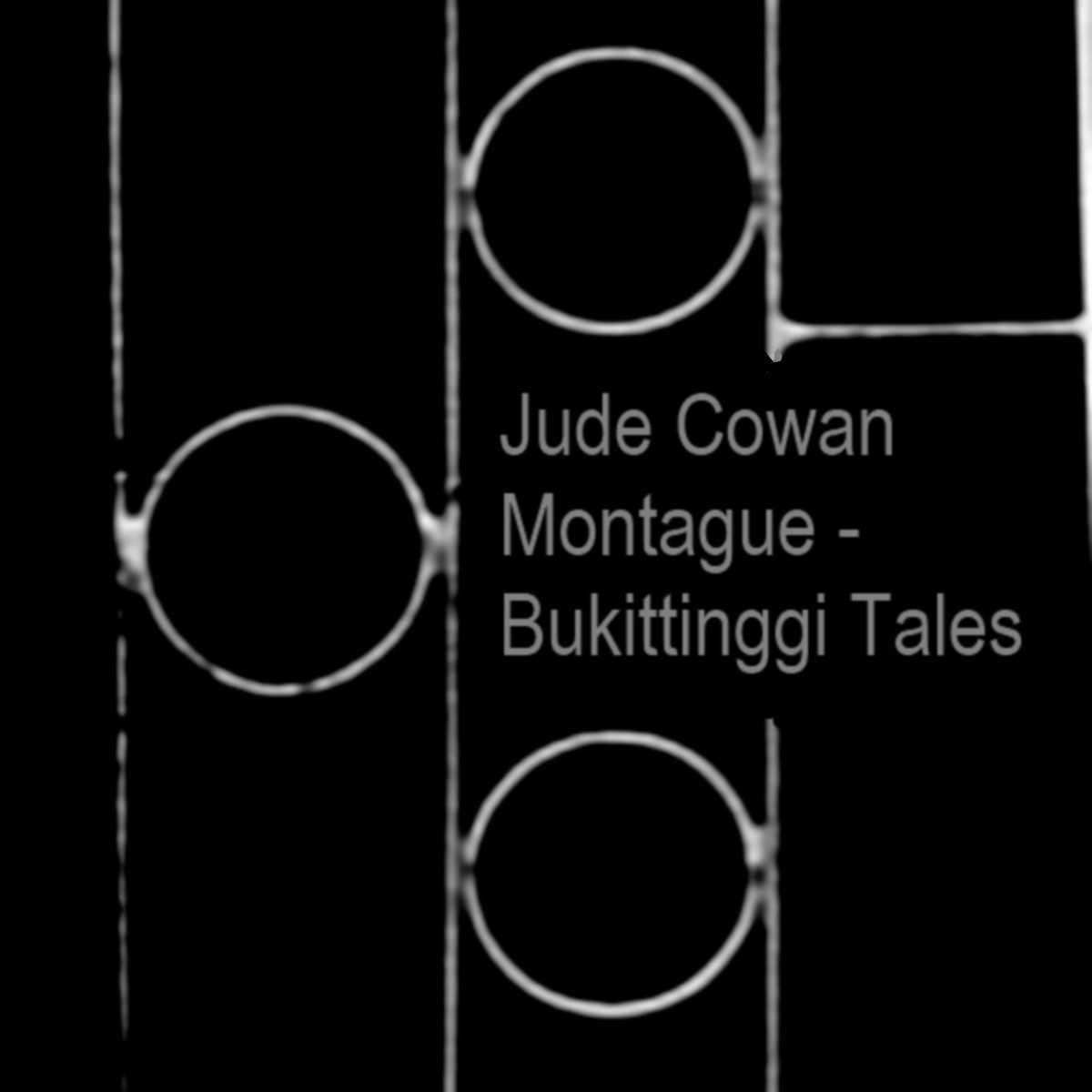 I always thought I would return but so far this hasn't happened. Yet my experiences of singing in the Mingkabau dialect of Sumatra Barat have survived and transmuted into strange audio patterns that I carry around inside. This album consists of improvisations looking at these memories of songs with their mis-remembered words and melodies. Each track lasts approximately ten minutes and is improvised in my home studio in Mottingham, SE London -Jude Cowan Montague March 2012

PDF Booklet designed and assembled by Jerome Poirier (Huge Thanks!)

Bukittingg Tales is a sonic narrative named after a city in the Sumatera Baret district of Indonesia. Even today this is a matrilineal society where property is handed down through the female line. Traditionally there was a belief in animism - making no distinction between the physical and spiritual. Inanimate objects - stones, trees, flowers and - presumably - even Moog synthesizers - are attributed with having souls.

The album seems to perfectly evoke the mysteries of Minangkabau traditions. Using electronic loops and patterns as well as chanting in deconstructed Mingkabau dialect the music creates a powerful elegiac spell. Jude uses the full range of her voice to create surprising effects as on Sapuluah and the plaintive Minangkabau Blues. The improvisations are tightly patterned and often witty as in the jaunty repeating harmonies of Malaureng. This atmospheric, charming music repays repeated listening.
Reviewer: HoxtonPaul - favoritefavoritefavoritefavorite - March 23, 2012
Subject: Floating around another world
Jude has given us something unique. Pulse-width-modulation bass clouds with her Sumatra Barat songs. Beautiful.

I recommend this due to the raw, soaring synth sounds, as if right there on the ground. Jude's accounts of textures you can only get to if you marry the meltingly human voice with the cold rasp of the machine. Thank you Jude. x
Reviewer: Procell - favoritefavoritefavoritefavoritefavorite - March 23, 2012
Subject: Sumatran saluang memories
Interesting journey into the a memory land of music. Imagined ethnographies. Reference Can, Eno ... world music, poetry and original photographs of the artist as a young woman on her personally epic voyage in to unfamiliar cultural and musical territory in the equatorial rainforest mountains.

The burbling of the saluang is mimicked in the electronica accompanying the improvised vocal treatment in which Jude Cowan Montague recalls the singing style of Sumatra Barat. The author/artist sung songs with local folk musicians, travelling from village to village after Eid, and also performing after the market in the heart of Bukittinggi.

This is a dedicated effort to re-interpret the memory of a formative adventure in musical terms.